Repairs were required on the starboard bulwark of a container ship which had been damaged in a storm. Measurements were required and taken on site with our High-Tech 3D Measuring Device, which allowed us to obtain the exact measurements needed to prefabricate a new bulwark. The removal and the re-installation of the bulwark was done during the ship’s next scheduled short time in port, thus avoiding costly downtime. The bulwark was pre-fabricated and coated in the controlled conditions of our fabrication shop. 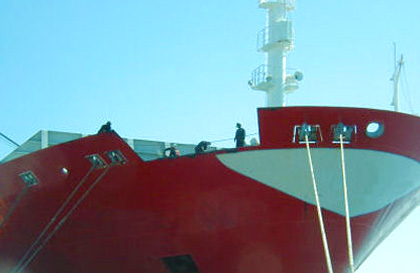 The prefabrication, removal and installation was an exceptional success for the reason that it avoided conditions that may have slowed down production such as poor weather conditions, transportation of individual pieces and the ship’s regular schedule.

By prefabricating the bulwark in our shop, we ensured that both welding and painting were not unduly influenced by weather, temperature or humidity, thus resulting in a better product. It was also a less expensive method of renewal when compared with on site fabrication.

Mount Royal /Walsh Inc. was asked to go to Miami to visit a casino ship called the M/V “Palm Beach Princess”. The owners wanted a new insert fabricated to replace the depleted section.

The ship was pressed for time and they needed to determine how the process could be accelerated to shorten the stay in dry-dock. The insert which had to be replaced was in a particular shaped area; I.W.O. Engine Room and below the waterline. MRW was called in because the owners concluded that we were capable to perform the task.

Our technician with certainty proceeded to Miami with our STATE-OF-THE-ART 3D Device, analyzed the situation and determined that the only way that he could gather his data would be from the inside of the ship. With a click of a button he had the exact measurements for the insert. On his return flight to Montreal, the data was entered into his laptop program and without delay we had the 3D design structured. The next step was the fabrication of the new insert, which was prepared in our workshop. On completion we transported the insert to Freeport, Bahamas where the shipyard carried out the installation while the ship was in dry-dock.

To everyone’s astonishment, all that was required was one visit and to take measurements using this 3D device; the result was “PERFECTION”. As we expected the pre-fabricated insert fit perfectly. Mount Royal /Walsh’s aspiration and fulfillment was the satisfaction of our client whom sought an economical method, which drastically improved the docking time. 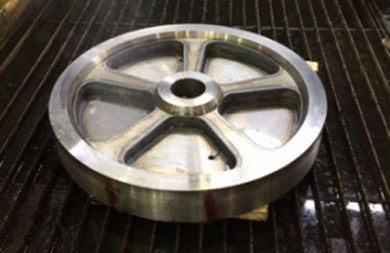 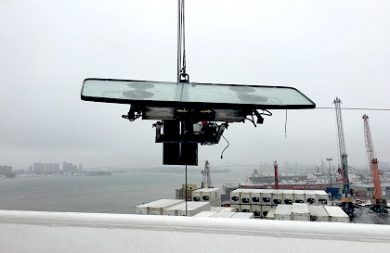